By Simone Claridge January 15, 2017 No Comments

On the evening of November 9, 1989 a misunderstood announcement of Politbüro member Günter Schabowski at a press conference. He prematurely announced that restrictions on travel visas would be lifted and this new policy would apply, “Immediately, without delay”, he said; when in actuality this policy should be aired the following day. The new rule would still have required East Germans to go through a lengthy visa application process. All of us where confused about Schabowski’s confused answers and erroneous media reports. But it moved thousands of Berliner to the border check points. At the Bornholmer Street checkpoint, Harald Jäger, the chief officer on duty, was confronted with a growing size of people. He didn’t receive the correct instructions of his supervisor and opened the gates out of overwhelm and panic. All other gates just followed afterwards with a dramatic change of the East -West system from one moment to the other. The German Wall came down, also known as the Iron Curtain which prevented that people from the Socialism sector from August, 15th, 1961 to flee to the capitalist site. For nearly 30 years this brick wall, intensively experienced in Berlin, separated families, friends and complete life systems.

And I lived behind that Iron Curtain for almost 21 years…

Born on 28th, January, 1968 (as we would write it);  I never experienced anything different then the socialism system. I didn’t know better. That was different for my mom. My mom’s family has been ripped apart with the erection of the wall. They barely could see each other, for sure not right after the wall was build. It took years before they could hear their voices again on the phone or even hug and kiss each other for a reunion. The propaganda in East Germany brain washed the people with the attempt to manipulate us like little sheep following the big shepherd blindly. But as any living bird can’t be controlled nor could his next move be predicted when released out of its cage; LIFE can’t be predicted nor controlled. Thank God for the aliveness of the German citizens.

The mom’s family never stopped to find ways to get back together.  They helped each other with sending “goody-packages” from the rich west site so that even we as kids began to experience differences. My aunt made sure that I had the best and coolest fashionable outfits since she owned her own boutique. In my school I was known as the best dressed girl. I really bathed in that knowing to be a fashion trend setter in my school. Every growing teenager in East Germany can sing a song to haunt for something “cool” to wear. Sometimes the controlling government threw some drops of anything, also fashionable items, in the stores to keep the people grasping for more. Well, girls with a family structure like me and west site influence, helped to create enough friction within the East German’s. Don’t you think the girls in my school wanted what I had? This just was one example how the wall could be eroded in the people’s minds until…

The evening of November 9, 1989 – the wall suddenly opened. Once and for all. Done deal.

When I came to America in 2002 I didn’t realize the invisible walls created a fortification of many souls. Those walls invisible to one’s eye and unknown to the individual, are far more difficult to remove.

And now my journey of pulling down more walls continues…

If it is possible to pull down even a physical wall how much more possible is it to break down the walls around your heart, in your mind and feelings. If i can do it you can do it too.

The wall, I’m most compassionate about, is about one’s health. People are surrounded by less health choices and aren’t aware of it.

Please, feel free to share your biggest the “health” wall that keeps you stuck or awake at night?

Let me and others know especially which wall you hit when you want to get healthy again?

That will change NOW. Stay tuned for the next blog.

I love to discover, test and experiment all about natural healing and longevity. Due to several personal immediate healing experiences and healing challenges I was drawn to learn how to get back into those states of indescribable bliss and ease consciously. - Teaching Degree Biology and Chemistry (Germany) - Master of Medical Qigong (MMQ) - Zhineng Qigong Healer and Teacher 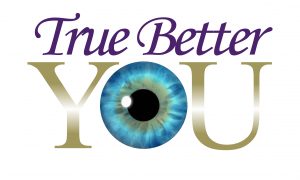 We will hone in and focus on health and how to create healing on all three levels of our entire existence; this includes the level of your physical body, energetic or qi level, and the level of consciousness. 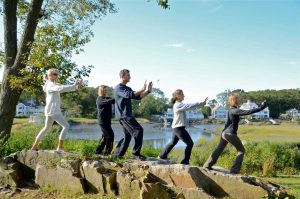